Consumer surplus: is the extra satisfaction gained by consumers from paying a price that is lower than that which they are prepared to pay.

Producer surplus: is the excess of actual earnings that a producer makes from a given quantity of output, over and above the amount the producer would be prepared to accept for that output. 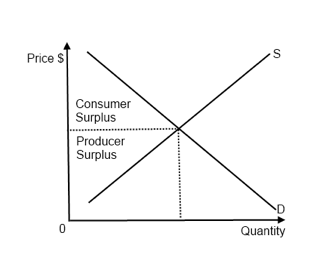 Allocative efficiency happens when competitive market is in equilibrium, where resources are allocated in the most efficient way from society’s point of view.