2.3.1 Draw and label a diagram of the ultrastructure of a liver cell as an example of an animal cell. 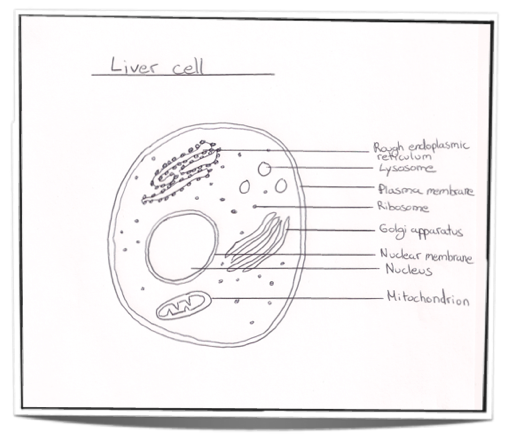 2.3.2 Annotate the diagram from 2.3.1 with the functions of each named structure.

Ribosomes: Found either floating free in the cytoplasm or attached to the surface of the rough endoplasmic reticulum and in mitochondria and chloroplast. Ribosomes are the site of protein synthesis as they translate messenger RNA to produce proteins.

Rough endoplasmic reticulum: Can modify proteins to alter their function and/or destination. Synthesizes proteins to be excreted from the cell.

Lysosome: Contains many digestive enzymes to hydrolyze macromolecules such as proteins and lipids into their monomers.

Golgi apparatus: Receives proteins from the rough endoplasmic reticulum and may further modify them. It also packages proteins before the protein is sent to it’s final destination which may be intracellular or extracellular.

Nucleus: Contains the chromosomes and therefore the hereditary material. It is responsible for controlling the cell.

2.3.3 Identify structures from 2.3.1 in electron micrographs of liver cells. 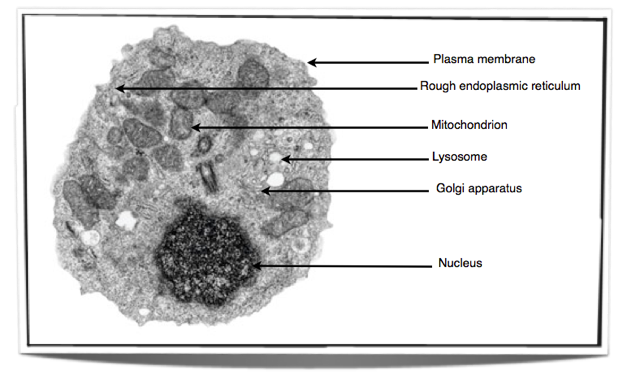 The plant cell wall gives the cell a lot of strength and prevents it from bursting under high pressure as it is made up of cellulose arranged in groups called microfibrils. It gives the cell its shape, prevents excessive water up take by osmosis and is the reason why the whole plant can hold itself up against gravity.

The animal cell contains glycoproteins in their extracellular matrix which are involved in the support, movement and adhesion of the cell.