2.2.1 Draw and label a diagram of the ultrastructure of Escherichia coli (E. coli) as an example of a prokaryote. 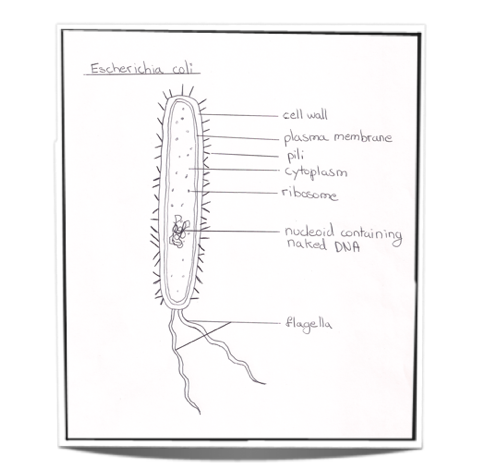 2.2.2 Annotate the diagram from 2.2.1 with the functions of each named structure.

Plasma membrane: Semi-permeable membrane that controls the substances moving into and out of the cell. It contains integral and peripheral proteins. Substances pass through by either active or passive transport.

Cytoplasm: Contains many enzymes used to catalyze chemical reactions of metabolism and it also contains the DNA in a region called the nucleoid. Ribosomes are also found in the cytoplasm.

Pili: Help bacteria adhere to each other for the exchange of genetic material.

Flagella (singular flagellum): Made of a protein called flagellin. Helps bacteria move around by the use of a motor protein that spins the flagellum like a propeller.

Nucleoid: Region containing naked DNA which stores the hereditary material (genetic information) that controls the cell and will be passed on to daughter cells. 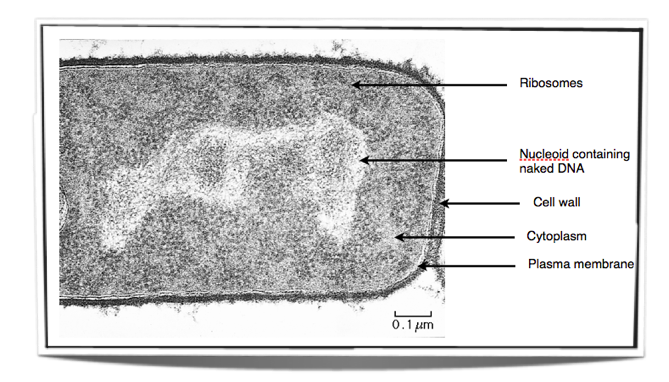 Prokaryotic cells divide by binary fission. Binary fission is a method of asexual reproduction involving the splitting of the parent organism into two separate organisms.